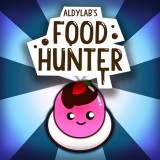 Spaghetti With Garlic And Basil

Thanksgiving At The Palace

Teenage Mutant Ninja Turtles: Pizza Like A Turtle Do!

Save The Pig Level Pack

How To Train Your Dragon Lunch Surprise

WHAT KIND OF GAMES CAN I FIND IN THIS CATEGORY?
in this category we can find several games in which we will have to cook different dishes, in this category we can find several games in which we will have to be very fast when it comes to presenting and pleasing customers since several of them will order dishes extremely difficult to perform, we will have to be very fast since most of the time we will have a timer or customer stress which will rush us so it will be better to practice the movement of the mouse, we will have many games absolutely never seen before but you can also find classic games like the entire PAPA´S GAMES saga which is a very well-known saga due to its very popular games, in addition to the fact that each game had its own theme such as TACOS, PASTELS among many other games, then we can see games a little unknown but equally fun which surely will make us have a good time, we can find several games what I know which ones will be made with the FLASH graphics engine so that we can run any of these games without any problem, we will have to be quite skillful since if we do not get to complete all the orders on time, we will most likely have to start from the beginning in which customers will ask for different things, there will be several 2D games but they will have a very good character design in addition to containing history, most of these games will be 1 player so if you want to prove that you can cook very well you can start in these games, remember that new games will always come first in addition
that they will have the NEW tag in their names.
IN THIS CATEGORY YOU WILL FIND GAMES LIKE:
SUPER ONION BOY:
In this game we will be able to see an onion with clothes and arms which will be in the middle of a level very similar to the levels of the classic Super Mario Bros platform, we will have to be very skillful when playing this game since we will have to pass several levels without losing a single time, once we start the game we can see all the levels which we will have to complete in order to save the princess since she will have been captured by a bird which kidnapped her with a bubble, we will have to go Through various worlds in which we will meet different enemies, we will have to dodge several enemies who will be waiting for us in order to defeat us and that the princess will never be rescued, we will have to move with the directional arrows in order to move our character from left to right in addition to being able to use it to go down the tubes that we will meet in the middle of our adventure, later we will be able to see several enemies the which will be fruits of the world well known as pineapple, among many others, but our only objective will be to reach the goal which is very far from us, so we will have to be very fast when dodging and collecting the coins, Remember that you will have a time counter which will make sure to ruin you from time to time, our character will not be able to run, so we can only move slowly, but there are still more, we can collect various power ups or items which will help us to survive more time, we will have to use these power ups only in very urgent cases in which we have to walk without stopping in order to reach the goal, in the first level we will be able to see a valley in which new enemies will begin to appear which will be vegetables, our initial enemy will be a carrot which we can either avoid or step on it in order to earn points, the more we advance the more enemies will join our adventure, we will have several s pipes which could lead us to segments full of coins so we could get a very good final score if we managed to collect all of them, we could break with our heads different blocks that would appear on our way, if we lose and return to the menu we could see several buttons the which will help us to configure the game settings, first we can deactivate or activate the music and the sound effects by pressing on their respective buttons, if we press on the information button we will be able to see the credits in which the names of all the people will appear who worked on this incredible project, a highly recommended game if you like platform and adventure games.
FOOD GAMES AT KIZ10
We hope you had fun with all the games available to you, remember that all new games will always be in the first row, in addition to having the NEW tag above the game icon, we hope you continue playing many games here on kiz10 and don't forget that we will be for you 24/7 all year long.
SHOW MORE

🕹️ What are the most popular Food Games?

❤️ What are the best Food Games to play on phones and tablets?

What are Food Games?

Food - Fun games of all kinds, kiz10 has an extensive catalog of free games do not stop playing and have fun