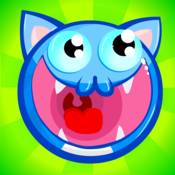 Harley Quinn Dentist and Make Up

Guard of the kingdom

Pou At The Farm

WHAT IS MARVEL?
MARVEL COMICS is an American comic publisher created in 1939, originally called Timely Publications, Marvel Comics is the creator of several characters known worldwide as: CAPTAIN AMERICA, IRON MAN, HULK, THOR, LOS 4 FANTASTICOS, LOS AVENGADORES, WOLVERINE , X-MEN, SPIDER MAN-DAREDEVIL-DEADPOOL, DAREDEVIL, DOCTOR STRANGE, ETC the company was later purchased by DISNEY for August 31, 2009 for a price of $ 4 billion, before Marvel was purchased by The The Walt Disney Company had already worked on the Iron Man movies which were a tremendous success at the box office forcing them to release even more movies about other characters such as Captain America, Thor, Hulk, ETC, this universe would be known as MARVEL'S CINEMATOGRAPHIC UNIVERSE on Which finished its fourth phase with Spider-Man Far From Home, if you like these heroes or their history you can accompany them here in this category.
BEST GAMES IN CATEGORY MARVEL GAMES
CAPTAIN MARVEL GALACTIC FLIGHT: The story was about an event that happened to Captain Marvel, first she told us that Star Lord (Leader of the Guardians of the Galaxy) called her because the Chitauri were invading the planet of Knowhere and needed help , after that we will have to start controlling Captain Marvel to be able to help Star Lord, first we will have to select the level to which we want to travel, in total there will be 11 normal levels and 3 bonuses so we will have a long way to go, to To start the game we will have to click on the level we want to start it, once the game is loading we will be able to see a star with the 8-pointed symbol of Captain Marvel filling with its respective color, once it is full we will be able to see all the menu of options that we have to control Captain Marvel, first we will see his life meter which will have his own photograph in it, then the missions will appear within us the game in which we can complete to have a bonus as a prize, once we start the game we can see the tutorial which will tell us: we can move Captain Marvel from right to left and from top to bottom with the directional arrows the which will be on our keyboard, you do not have to worry about shooting since the character will automatically shoot for you, we will have to get closer to the enemies to absorb their powers, once the tutorial is read we can start playing, first we will have to move from side to side eliminating enemies while we are collecting all the orbs that we find after eliminating an enemy, we will be able to see in the background the entire planet knowhere while it is being attacked by the chitauri, once we know what the game you are waiting for is going to be able to play with Captain Marvel If you are a fan of Marvel comics, you will love this game since it will contain several references.
Chubby Marvels: In this game we will start with the most famous characters from the comics such as BATMAN, SUPERMAN, SPIDER MAN AND HULK in a more adorable and chubby version while we can choose two types of game modes, the first will be for 1 player in which we We will face the machine and there will be the 2 player mode in which we can play with a friend or person close to us always and when we are on the same computer, we can deactivate or activate the sound by clicking on the icon of the megaphone speaking, once a mode has been chosen we will have to choose the hero we want to control, once we have chosen the hero we will have to start running while dodging several missiles which will come directly to us, there will be several coins throughout the route through it or it would be better to press W to be able to fly with our farting to infinity and beyond, we will have to travel as far as possible while many missiles are approaching, remember that we will have a m maximum of 3 attempts since if a rocket hits us more than 3 times we will lose and we will have to start again, we hope you have fun with this rare game and don't forget to play more free superhero games here at kiz10
MARVEL GAMES AT KIZ10
We hope you had fun next to your favorite heroes of one of the most important companies of these times, if you want to play more categories do not forget to visit our main website where you will find new games every day, we hope you have fun and do not forget have a good time here on kiz10.
SHOW MORE