Guardians Of The Galaxy Legendary Relics 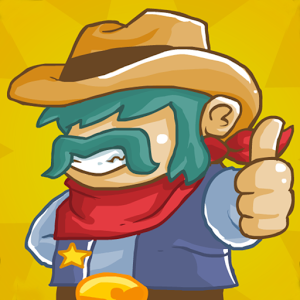 The Powerpuff Girls Fast and Flurrious

Dawn Of The Sniper 2

Among them: Craft Mod

What does transformers Games mean?
Transformers games are those games that have something to do with Hasbro's famous toy brand called Transformers, in this kind of games the protagonists will be autobots, robots that have the ability to become cars that are equipped with weapons and laser cannons which will help you to defer the humans from the evil Decepticons, beings that have the same abilities as the autobots led by Optimus Prime which with the help of his friend Bumblebee will defend the planet earth from the total extension of humanity, The toy brand was so successful that the explosive director Michael Bay would adapt Tranformers to a movie, this being a success and bringing sequels like: Transformers 2 Revenge of the Fallen Tranformers 3 the dark side of the moon, Tranformers 4 The age of the extinction and the last movie Tranformers 5 the last knight which would be and is his last movie so far.

The best games of Tranformers Games

Transformers Prestige: in this game of tranformers the story will go by chapters which begins with chapter 1 The BEGINNING OF THE END in which we will control optimus prime which will be in space and we will have to control it, we will have to advance with our directional arrows so that we can move, we will have to collect energy to finish the mission, as we move forward we will find coins that we can collect to increase our score at the end of each level, we will have to advance through platforms while dodging enemies which we can jump without any problem, we can do double jumps but these will consume a lot of energy we will have to jump and discover ways to find Energon the caul will give us victory as long as we collect them all, you can do up to 3 jumps at least so use them wisely, when you complete a level you will be In a Bonus world in which there will be coins everywhere, collect all the you can since the level will only last a few seconds, the more you go in the game the more energy you will have to collect, but it can take time because these levels will not have a time against time, in the middle of the adventure we will find spiders that we can step on to eliminate them We will also find concrete blocks which are destroyed if we walk on top of them.
Tranformers 3 Victory is Sweet: in this game we will control Bumblebee which will have to defeat an army of decepticons that try to destroy the city we will have to find 3 beacons, in the first mission we will have to defend ourselves against autobots that will be attacking us on the roads of A train, we will have to aim with our laser sight to be able to shoot them while planes will be bombarding the whole place, aim well since you will have limited ammunition so if this runs out in the middle of a battle you will be in serious trouble, while you go you will find yourself with more decepticons and sometimes they will go straight to you so you will need to organize well on when to shoot, while we are advancing across the bridge in a straight line cars will come and transform into decepticons, we will be able to collect shields which will serve to protect us from all damage that we receive for a certain period of time, as well as kits and ammunition which will help us enough e in the mission, in the final mission we will have to defend the city since the decepticons will have come to invade it and destroy the human race, you will have enough enemies here so you have to be very careful since the decepticons will attack you from all Possible Sides Defend the city and don't let the decepticons destroy it.
Tranfsormes Prime Vector Sigma Bot Builder: in this game based on transformers we will have to create our own autobot we will be able to choose between different types of heads, chests, arms and legs which will be combined, we will also be able to choose or merge the name of our autobot, The game also gives you the option to load an already created autobot, you can choose from many styles and name combinations to show off to your friends what you just created, the game is more to relax and have fun, here there will be no fights or anything for the style simply the objective is to create your perfect robot, you will be able to choose from which side you want it to be, from the autobots or the decepticons.
SHOW MORE