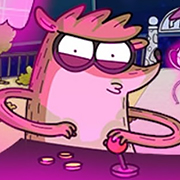 Weirdmageddon Take Back The Falls

Bomberman a video game franchise developed by Hudson Soft in 1983 on the first computers. The bombermans saga have more than 70 games released for many gaming consoles with a big success in Japan. Bomberman is a strategy, puzzle-maze game where the player control this cute character through puzzle levels with enemies and bricks. This protagonist can deliver bombs to destroy the bricks and kill the enemies to complete the levels in a vast fantasy world. When a brick destroyed they could drop special abilities that the player can take and upgrade the power of bomberman. The boots item will make the player faster to avoid the enemies more easy, the bomb kicker will let you kick the bombs
and move from the original position that you place it, the burn power up will make the explosion bigger to reach more distance in the map with the explosions. At the beginning you start with only one bomb, with a short fire range and slow speed but with the power ups you can increase the number of bombs that you can deliver in the map but be careful or many bombs can block your way and make you lose. Other items let you blow the bomb with a remote control to control the explosion when u need, some games in the saga have eggs that you can pick and release the fantastic animals with super power that you can use to complete the adventure. There are many evil objects that will make the game more hard
if you pick  a bad item your character will have a slow effect, inverted controls, fake bombs. You can play some Bomberman games on kiz10 for free without a  console or download anything, just in a web browser or mobile devices. Move around different areas filled with monsters, eliminate all the enemies in a limited level and move to the next area in (Neo Bomberman) a browser game adaptation of a classic released in 1997 by Neo Geo. You have a great collection of Bomberman games to play in all Gaming Consoles and mobile devices like Battlefest, Blitz, Volcano Party, Ultra, The Legend of Mystic Bomb, Land Touch, Story DS and many others. You can find many emulators to play all the Bomberman games, like Sega Genesis emulator, Super Nintendo,
Nintendo 64, Dreamcast, Playstation 2, Atari, Commodore and other consoles. All bomberman games are multiplayer that you can play with your friends in a 4 split screen. Choose between 2 modes like in Battleroyale games, solo mode or team mode and place bombs, lock your enemies with the bricks and win all the rounds to get the trophy. Many developers clone the original bomberman  idea and create fantastic similar games like The venerable BOOM a game for Mac and IOS, BomberDuder a browser based game with cute graphics and the photo mode to upload your face and stick to the players, Blow up zombies for windows phone, Mrboom, AMIGA BOMBER, BOMBTAG released on steam or the best clone (Rock Paper Shotgun)
a 3D game with awesome graphics and characters with a tournament mode and a multiplayer online with 8 players in screen, vast power ups and addictive gameplay. We have all the available Bomberman classic and emulated games with characters like White Bomberman, Pretty Bomber, the Louies, Bagura, Plasma bomber, Max, Black, Anubis, Aqua and More! Launch all the bombs, beat online players and find all the gems in the amazing bomberman games. Play our (BomberDude 3D) this very simple puzzle. Throw your dangerous bombs in place while trying to tear down the walls that prevent you from moving on to the next level, Avoid dying from your own attacks and find a way to get to the portal that will take you to the next levels.
We have the best online games for all browsers and mobile devices that you can play  now in our  community. Destroy the city with your bombs in (Real Commando Online) with incredible graphics and catchy story line that will take you to a whole new shooting level of fun. Join bomberman and friends to place all the bombs in time and blow all the evil forces only on Kiz10.com!
SHOW MORE

🕹️ What are the most popular Bomberman Games?

❤️ What are the best Bomberman Games to play on phones and tablets?

What are Bomberman Games?

Bomberman - Fun games of all kinds, kiz10 has an extensive catalog of free games do not stop playing and have fun