Injustice: Gods Among Us 2 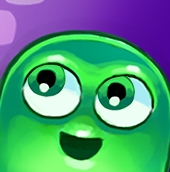 Medieval Cop 3 The Princess And The Grump

Save the Girl Online

WHAT CAN I FIND IN THE POWER RANGERS GAMES CATEGORY?
In the category of power rangers games you can play several games in the world's most famous action style series, POWER RANGERS is an American television series of the genre TOKUSATSU, this series has been broadcast since 1993, then a reboot from 2002 to 2009, the franchise was owned by THE WALT DISNEY COMPANY but was later acquired by HAIM SABAN in 2010, on May 1, 2018, it was confirmed that the franchise was purchased and is part of HASBRO. in the US the series was broadcast by FOX KIDS while which in Latin America was broadcast on the CARTOON NETWORK channel, the POWER RANGERS series is about a human who transforms into a superhero using a device, which is connected to a power source called MORPHIN GRID, POWER RANGERS are used to working as a team with a total of 5 or 6 members, although we can see how on some occasions one fights against all in order to beat the main villain, each of these members has a different suit color red so it is very easy to know who is behind the suit, the POWER RANGERS will have to face different enemies as they go through the chapters and most of these end in the power rangers uniting into one and creating the MEGAZORD robot the which will be a gigantic size which will be controlled by the POWER RANGERS.
BEST GAMES IN CATEGORY POWER RANGERS GAMES
POWER RANGERS: BOW AND ARROW: in this game we will have to help the POWER RANGERS to defeat the villains that are in front of us, in the menu we can see how the 5 power rangers will be posing with samurai arnes which will be each different, to start playing we will have to click on PLAY, once clicked on PLAY we will be shown a cinematic where they will show us who the team members are, the red power ranger will be a teenager named JAYDEN, the green power ranger will be called MIKE, the power Blue ranger will be called KEVIN, the pink power ranger will be the MIA girl and last but not least the power ranger EMILY which will be a teenager, once this is said we can choose who we want to control, after choosing our character we will have to aim with our bow to the objective that will be in front of us, we will have to complete the level fulfilling an objective which will be below, we will have to point with our mouse cursor to To move the character and to shoot we will have to press LEFT CLICK, once we have fulfilled the objective of the level we can move on to the next one which will be to shoot birds which will approach us in a flock, we will have to aim very well since it will take us prepare another arrow so it is more advisable to shoot the enemy that is closest first to give us time to reload, once we have the arrow loaded we can start shooting, remember that you have to point with the cursor of your mouse in order to move the arrow and shoot at the place where you are aiming, the game was created with FLASH so we will have no problems when playing this game, if you are a fan of power rangers and you like strategy games and patience this game is for you.
POWER RANGERS WILD FORCE: when starting the game you will be able to see how the POWER RANGERS will appear from a burst of light making their characteristic poses, once we have completed the cinematic we will see the game menu while the game title will be present, in the background we will see a kind of green spheres which gives a touch like slimy to the menu, to start playing we must press START to start playing, once we start the game we can see how many characters will participate in this fight, after showing us the characters we must start a new game to start playing, once we select NEW GAME we must choose what the difficulty mode will be to play quietly, if you are a novice I recommend playing with the EASY difficulty but if you have already played this game you can choose the difficulty you want, after choosing the difficulty we will start playing moving to a point in the world, the story is that the enemies called ORGS and They are tormenting citizens who are on the streets, in addition to the fact that they are launching a toxic gas we will have to defeat THE FUMIGATOR ORG. When we choose our character we will only have unlocked the RED POWER RANGER but we will be able to unlock more, once we see the character We can see their statistics such as speed, jump, attack, life points, and agility, once we choose our character we will have to fight against the other monsters which will be scattered throughout the city waiting for us to attack us, save the land of these evil villains with this fun POWER RANGERS game.
POWER RANGERS GAMES AT KIZ10
we have several power rangers games, simply go to kiz10.co, then click on categories and tags and then look for the category that you like the most, we hope you have fun with us and don't forget to have a good time here on kiz10
SHOW MORE