Friday the 13th The Game

Into The Dead Trigger 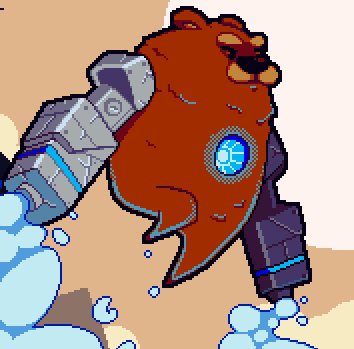 Among Us Motor Bike Challenge

Ball In The Hole

WHAT IS FRIDAY THE 13th?
Friday the 13th is an American slasher movie directed by Sean S Cunningham and written by Victor Miller, the movie tells the story of a group of teenagers who are killed one by one by an unknown murderer when reopening an abandoned camp, the movie was All a success since we had already witnessed the appearance of Jason in an independent movie called Halloween directed by Jhon Carpenter, the movie is considered a classic in horror movies since it was a movie with a very good story plot in addition to the special effects for that time, we had few movies which showed the murder of young people without being censored so this movie was a well-known one in addition to being very good, in this category you can find games based on this movie or horror games which will make us having a very scary moment, we can find several games which will be made with the graphic engine UNITY or FLASH since in these survival-horror games the important thing will be to stay alive and prevent different enemies from attacking us, we will have to be quite careful when it comes to escape since if the game killer finds us it will be our end, we can find many games which will be of terror in the dark, that is to say that most of the scenarios will be at night or we will simply be in a room trying to escape, but we will also find games which will be simpler having very minimalist graphics but still having horror content in their games, a very scary category based on the popular movie, without a doubt here you can find several games which will surely surprise you in addition to that you can find various types of video game design from realistic to pixelated.
GAMES YOU CAN FIND IN THIS CATEGORY
Friday Night Death Slot: when starting the game we can see a menu in which we can see a scared girl while a television presenter seems to be posing to teach us something, we can move the image to our liking simply using the directional arrows so we can investigate each pixel of the image, when opening the configuration we can adjust various things to play comfortably, first we can activate or deactivate the music of the game, simply press ENTER while your arrow is above the option that you want to deactivate, we can find various options like SFX which we can deactivate or activate, remember that all the settings will be activated by default so every time you enter the game you will have to deactivate these again, then we can see how we can find a button which will allow us to jump the intro of the game, if you are a new player and have never played this title better this option let to deactivated since it will allow us to understand the story, we can reset all our level to start from scratch, if we look below we can see how the credits of the game will appear in which we can see the animators, writers and among many people who participated in this project, once we start playing we will have to move with the directional arrows so we can move the character to where we are pressing, we will have to avoid many obstacles such as thorns and traps which could be deadly for us, our goal will be reach the end of the map without the audience of the program getting bored since if this happens we will have to start from scratch which would take all the time that we try to pass the previous segment, we will have to be very fast when moving around the map since most of the obstacles that we will meet will continue to worsen their difficulty as we advance in the levels hey, the audience will start to drop when we start moving in the first segment, we will have to collect different green stars that will be scattered throughout the map so that we can keep the audience happy, a game that will undoubtedly test your patience and your skill when playing a platform game.
FRiDAY THE 13TH AT KIZ10
You can find several games of the iconic character from the 80s, remember that if you want to try new games just go to kiz10.com and look for all the games that have the NEW tag above the image, I hope to see you in another category and don't forget that kiz10 will be for you 24/7 of the whole year.
SHOW MORE