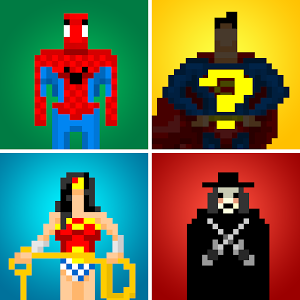 One Button One Finger

Harley Quinn Dentist and Make Up

Attack of the Puppybots
Advertisement

WHAT GAMES CAN I FIND IN THIS CATEGORY?
In this category you can find several games based on the popular 2013 game of mobile devices, ipad, iphone and android, PIXEL GUN is a game that has been around for many years since the game was originally released only for android although with the passing of time the game was gaining popularity and attracting more players who had fun day and night with this fun game, once we have explained how pixel gun was born we will now tell you what its plot is, the original pixel gun story was based on a zombie apocalypse in which we were the only survivors of the entire planet, after all the past with the earth we will have to defend our house as possible so we would have to equip ourselves with weapons in order to kill all the living dead that They were prowling around the place, after its great success PIXEL GUN3D would launch the BATTLE ROYALE mode which would quickly be the most played mode overshadowing the story mode, seeing and This pixel gun 3d decided that it was time to delete the story and focus only on multiplayer so with an update the story mode had been removed from the game, now pixel gun 3D can be found on mobile devices but only with multiplayer mode.
BEST GAMES IN THE PIXEL GUN APOCALYPSE GAMES CATEGORY
Guess The Pixel Comics: in this game we will have to guess which characters from the comics appear on the screen of our game by putting their name with the keyboard that the game will provide us, once we start the game we can see how several well-known heroes of MARVEL COMICS, in addition to being able to see classic characters such as IRON MAN, CAPTAIN AMERICA, THANOS, HULK, HAWKEYE, AMONG MANY OTHER HEROES which will have a pixelated design to make it even more difficult to recognize them, we will have to write their name in Spanish since This game will have the default English language so if we know the names of the superheroes in English this game will be a piece of cake, once we finish a section we can advance to the next one which will have many more MARVEL characters but we can also find characters from DC COMICS like SUPERMAN, BATMAN, WONDER WOMAN, GREEN LANTERN, ETC if you like these heroes and want to prove that you are the number one fan this is your chance tunidad since we will see how big our brain can be to store memory, once you finish the following categories you can continue advancing until you reach the end which will have only 3 heroes but whose names will be very difficult to remember the first time, we can also meet villains from both companies like, DUENDE VERDE, DR. OCTOPUS, VENOM, among many more villains, if you are interested in knowing how good you are at remembering names, this game could interest you.
COLOR PIXEL: in this relaxing game of pixels we will have to color several figures which will be marked with numbers which will have a specific color, if we want the paint to work out for us we will have to follow the numbers so as not to fail when it comes to painting By going to the menu we will be able to see a large number of drawings which will be in black and white and only we will be able to color, after seeing all the drawings we will be able to choose our first drawing after choosing our drawing we will be able to observe how the screen loads this and when finish loading we will see the drawing and the corresponding colors so that we can have the perfect drawing we always wanted, after loading the drawing we will have to zoom in with the magnifying glass to be on top in order to see in more detail what numbers we have to choose, After all, every time we choose a number, the boxes with the number we chose will change to a slightly more colored It is dark so it will be very easy to tell them apart at a distance, we will have many squares to color so we will have to start as fast as we can, if you want to try other drawings remember that you can go to the menu
and choose another new design, an excellent game to kill boredom.
PIXEL GUN APOCALYPSE GAMES AT KIZ10
We have several games with the pixelated style of PIXEL GUN just go to kiz10.com then click on CATEGORIES AND TAGS, look for the category that you like the most and that's it, we hope you have fun with us and don't forget to play more games here on kiz10.
SHOW MORE