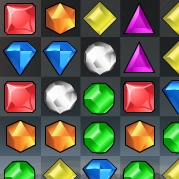 Tape It Up Online

Among Us Space Run

The Murder Of King

Keeper of the Grove 3

WHAT IS THE MATCH 3 GAMES CATEGORY GAMES ABOUT?
The games in this category will be based mainly on the games in which we will have to unite 3 or more objects in one, most of these games will be mobile games since there is where this mode was born, the game that started all this fashion of the MATCH 3 games was Candy Crush the caul had great success due to its addictive gameplay which was simply trying to match 3 candies of the same flavor, Candy Crush is a video game created by KING which originally released Candy Crush November 14, 2012 , did you know that Candy Crush was originally a game for Facebook and for the Android operating systems, IOS, the game has more than 7000 levels and increasing so that it is almost impossible to finish the full game, the game was so popular that in the year 2013 surpassed Farmville 2 as the most played game on Facebook.
BEST GAMES IN MATCH 3 GAMES CATEGORY
HEART GEMS CONNECT: when starting the game we can see in the menu where we will have several buttons to configure the game, if we press the button which has a megaphone icon we can activate or deactivate the sound and music of the game at our pleasure if you want to focus only on winning or the sound bothers you I recommend that you turn it off, we can expand the entire game to play it full screen if we press the expansion button, if we click on the information button we can see all the information and the objective of the game, we will have to connect all the similar blocks which will have gems, to do it we will have to click with our mouse to where we want to change our block that we chose, we will be able to connect the blocks vertically and horizontally so we will have many opportunities also of many combinations, we will have to turn all these blocks into water so that we can keep the gems, in total we have 24 levels which will increase their difficulty as we move forward, once we have seen this we can start playing, we will have to press PLAY, we will have to select our level to start. If we are new we will have to start from the first level but if you already have completed levels because you had already played it remember that you can continue from the level you left it, once we start the level we will see how a menu will appear in which the timer will be, we will have to hurry since if the time runs out we will have failed in our mission and we will have to try again from the beginning, we can touch the retry button if everything is already lost to make it a little faster.
Block! Hexa Puzzle: in this game we will have to put together our own lines which will help us to earn points, this game will start getting straight to the point to start playing we will simply have to press PLAY to play, once there we will have to move several blocks of shapes the which we will have to drag with our left click to be able to move the block that we have chosen to complete the line, this game is a parody of tetris since the objective will be to fill a line so that it dissolves, no matter the color that have the blocks we will simply have to fill the line of the pentagon that we will have, we will have to concentrate since if we do it wrong we will run out of movements and we will have to start from the beginning, a fairly simple but addictive game since the shapes of the blocks could help us or harm us.
MATCH 3 GAMES IN KIZ10
We hope you have fun all the games in this category we hope you have fun and don't forget to have a good time here on kiz10.
SHOW MORE

🕹️ What are the most popular Match 3 Games?

❤️ What are the best Match 3 Games to play on phones and tablets?

What are Match 3 Games?

Match 3 - Fun games of all kinds, kiz10 has an extensive catalog of free games do not stop playing and have fun